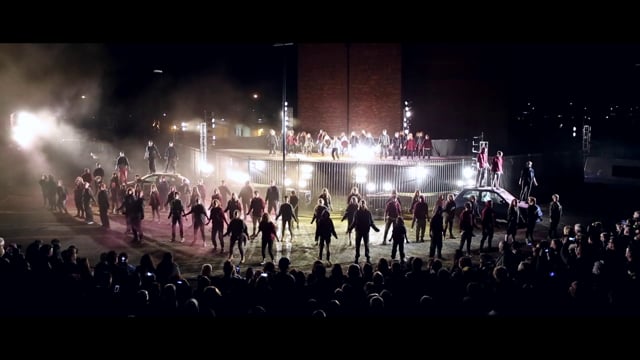 Rush was inspired by a 21st century phenomenon: all over the world people are showing their dissatisfaction with prevailing social and economic conditions by taking to the streets to protest. Mass action has become an a staple of the TV news, from the first, peaceful demonstrations of the Arab Spring, to ordinary Brazilians protesting at the waste and extravagance of the FIFA World Cup, to students and young people in Hong Kong demanding democratic rights. Many would argue that the the 2011 London riots had their origins in legitimate grievances (lack of employment prospects, alienation from local and national politics, hostility to police tactics) even though they degenerated into violence and looting.

Were there opportunities for engagement and dialogue that were missed? Why do so many people feel that, even in a democracy, their voices are not listened to? Rush engaged with potentially disaffected people in South Tyneside and Sunderland. It aspired to give a voice to grievances, to tell the stories that matter, and find an outlet for everyday frustrations in a huge release of energy and creativity.

The project consisted of 11 weeks of dance, writing and film workshop delivery in local wards to derive material that formed the show. The piece follows three archetypes, a zero hours worker, a young mother, and a homeless character. Through the lens of their stories we told the wider story of the issues people in areas of low engagement face.