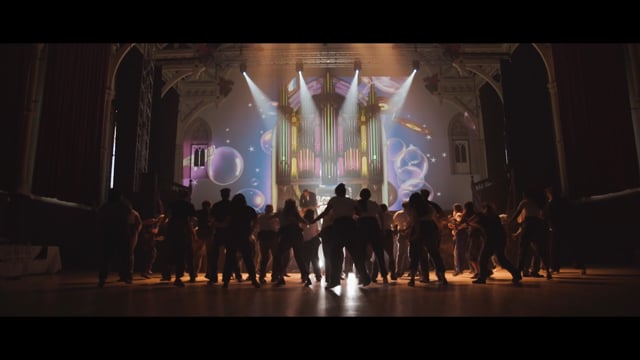 Erimus was commissioned by Middlesbrough Council to celebrate the reopening of Middlesbrough Town Hall.  We created a distinctively Southpaw experience with plenty of opportunity to join in – an immersive theatrical production designed to show off as many features as possible within the Town Hall complex.

The performance highlighted the history of the building and lead audiences into previously unknown areas, such as the cells and courtroom, culminating in a large-scale mass movement finale, a spectacular dance theatre piece with projection mapping and text derived from conversations with Middlesbrough residents and participants in the show.

Middlesbrough Town Hall opened its doors in May 2018. The popular venue has undergone the biggest refurbishment in its 129-year history, restoring rarely seen elements of the Grade II listed building and giving new energy to what Council leaders are calling a Town Hall for the 21st Century.

The restoration of Middlesbrough Town Hall was funded by Middlesbrough Council and the Heritage Lottery Fund. Erimus was supported by Arts Council England.