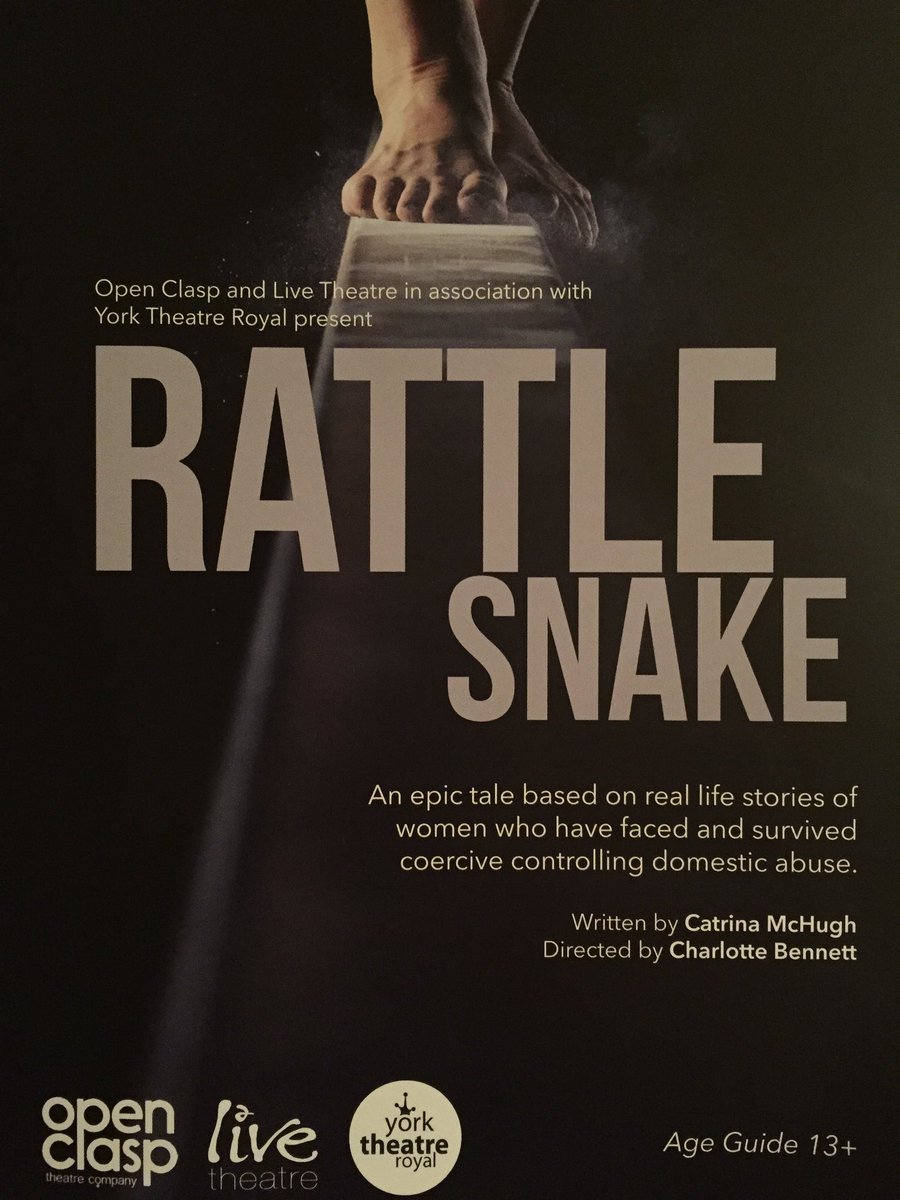 Our AD’s most recent project was working as Movement Director for the play Rattle Snake for Open Clasp Theatre Company, a play based on real life stories of women who have faced and survived coercive controlling domestic abuse.

It’s a deceptively understated play but it should be – the horror is that this happens every day, all around us, undoubtedly to women we know.

Everyone needs to see Rattle Snake but, for me, two things sprang out.

Firstly, it tears apart the myths about abuse – it is in fact a complex mix of emotional and physical control, it can actually happen to anyone, appearances are always deceptive, and don’t get me started on the “Why doesn’t she just leave him?” myth.

Secondly, it reminded me how tired I am. Not every act of disrespect towards a woman ends in violence but every single act of violence against a woman starts with the normalisation of disrespect to, and objectification of, women. We all know this is happening (some shocking statistics can be found in Rebecca Solnit’s seminal article from 2013). We are angry about it. We think the world should be angry about it. But the world isn’t angry about it (at least not nearly angry enough about it). Then we get angry because the world isn’t angry about it. It’s exhausting to deal with the reality that our voices don’t seem to matter, we don’t seem to matter.

But that’s why I’m very proud that Southpaw is a part of this important production because our voices do matter at Southpaw. It’s one of the joys of working here – all voices matter.

Rattle Snake is at the Live Theatre until 30th September then on tour around the North East, to York and London.