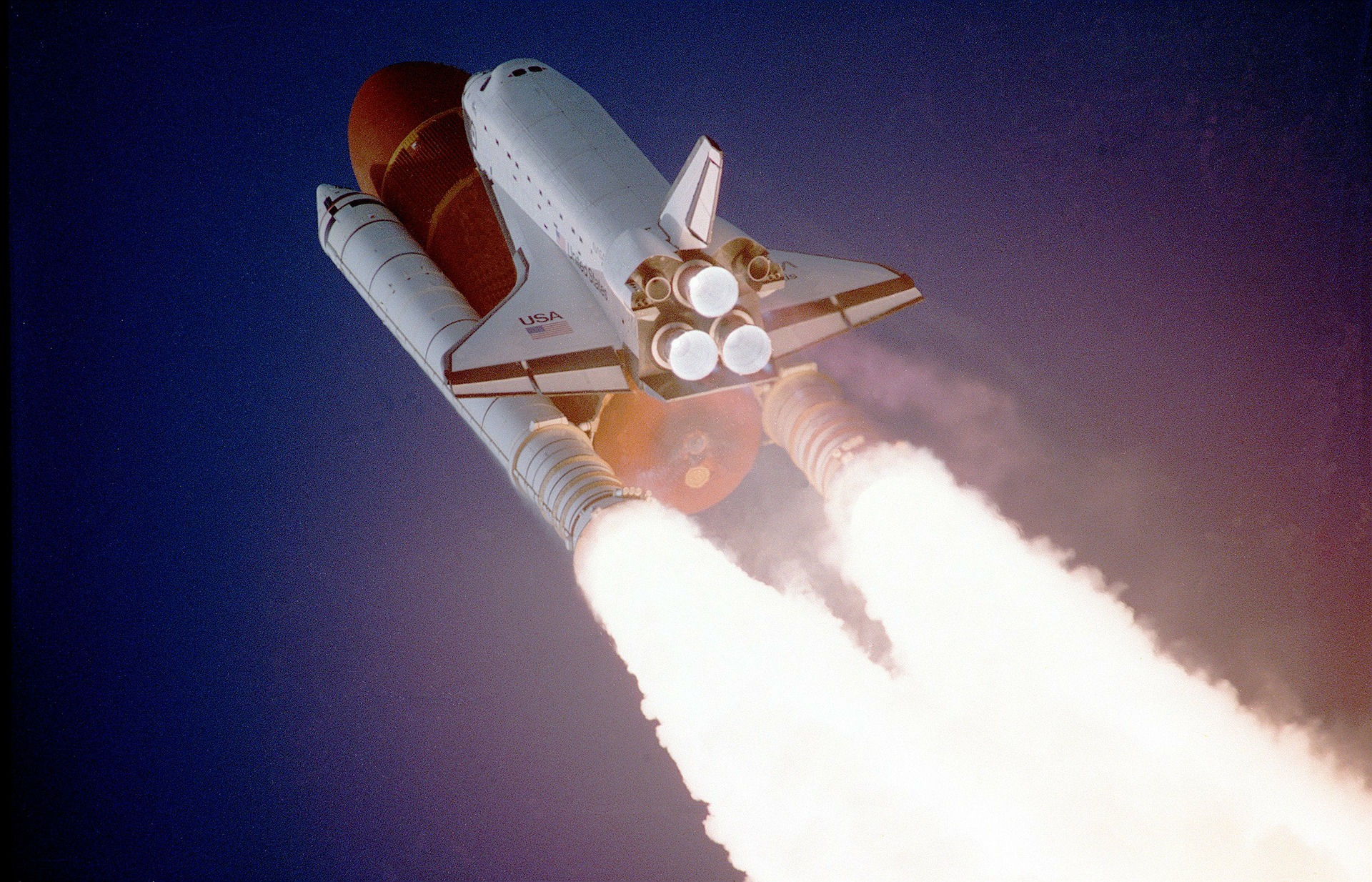 I miss the Space Shuttle. Our AD, Robby Graham, was reflecting on the epic perspective that being in space must bring and how it must make all our differences seem so insignificant, and this sent me down the rabbit hole of endless YouTube videos of the Shuttle.

I miss the beauty of the “STS” configuration, how it pulsed on the launch pad like a living creature, and the raw power of the launch as another group of humans broke free from the Earth. It delivered into orbit the Hubble, satellites, and helped build the International Space Station, the ultimate symbol of international collaboration for the good of humankind. And it’s “my” space program – the first launch in 1981 when I was a child, the last launch in 2011, 30 years which, through rose-coloured glasses, now seems to be a period of almost naive hopefulness for the future.

It’s hard to maintain that sense of hopefulness when faced with a tsunami of rhetoric filled with hate and fuelled by fear.

But that’s where events like Freedom Festival Hull and performances like RUSH come in. They bring together an extraordinary group of people from all walks of life who are prepared to work, to rehearse, to build, to design, to debate, to value each other, to dance, to write, to film… all in the name of collaboratively examining the concepts of freedom, identity, community, humanity. RUSH is just such an examination – different characters weaving their own story of their life and their community, professional dancers mixing with community dancers, all bringing their own individual perspective to create a spectacular, exciting, explosive performance.

When the team at Freedom Festival asked what freedom meant to us, I had to think. But every day we get to work with people who are helping make people’s lives better through art and through science. Every night we can look up and know that the international team of people on the ISS is working together to make people’s lives better. We are all different. But we don’t have to be divided.

So #MyFreedom is freedom to hope.

RUSH is being performed at the Albion Street Car Park, Hull, 2nd September, 8.30pm to 9.15pm. No tickets are required – it is free to access.

And you can even track the ISS