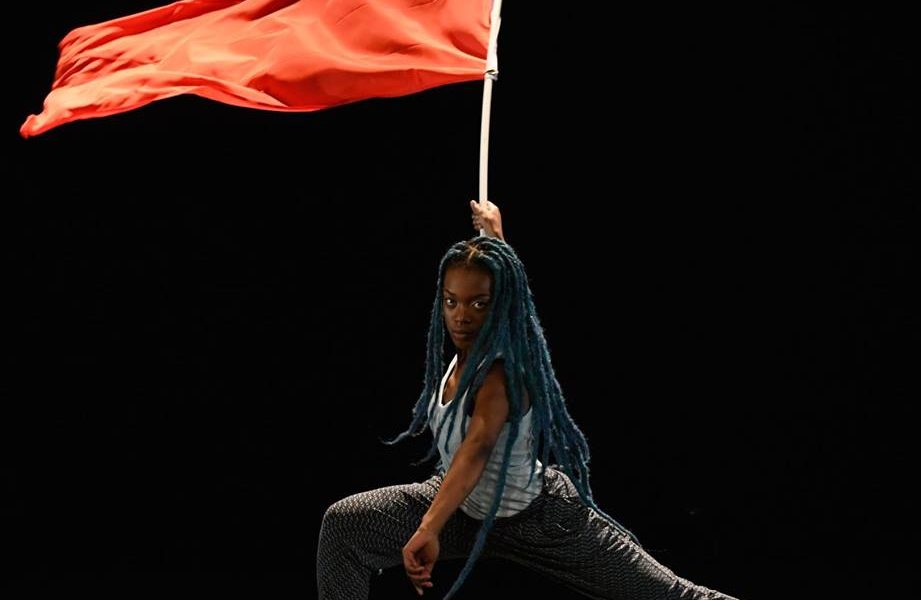 Story courtesy of Eugenie Johnson, Narc Magazine and image courtesy of Fertile Ground – the Fully Grounded North East tour details can be found on their website

We’re living in times where divisions seem even more prevalent than ever. Whether it’s the looming spectre of Brexit or the chaotic presidency of Donald Trump, it can sometimes feel as though society has put up a number of barriers between people. “It’s dangerous times and when we start to think about an insular society; xenophobia starts to take centre-stage,” choreographer Robby Graham agrees.

Growing up in Northern Ireland during the Troubles, the ideas of nationalism and a divided country have been a huge presence in Graham’s life. In 2010, he channelled his experiences for Aftermath, a piece commissioned for the prestigious Place Prize. However, he explains that “as a young artist I wasn’t really equipped to fully express that. I’ve always been interested in having another crack at that.” Working with Fertile Ground, that chance has now come.

The concepts that underpin a slide into national insularity are being dramatically and provocatively challenged in Graham’s new work, Flashpoint, which forms one half of the dance company’s latest production Fully Grounded alongside a fresh piece by Dutch choreographer ReGina Wielingen entitled Leemte. Barriers both real and imagined are set to be addressed and challenged, but although Graham originally planned to place his work within the context of the Troubles, he decided to open up the scope. “We tried to make it as universal as we could,” he says, “we replaced any identifiable things from any specific country with more design-led stuff that could be interpreted much more openly. Anyone who comes from any part of the world could watch it and the image of the flag that we use could be superimposed with any interpretation they have of it.”

The two pieces are also being performed entirely by Fertile Ground’s exciting new all-female company of dancers, who Graham describes as “just incredible; it’s such a strong company.” Working with only the four female dancers has lent a gender-fluid edge to his and Wielingen’s works: “The way they work together and move together, it became so that gender dissolved. It didn’t seem to matter so much in the end; it could have been a male or female thing, it’s not gender-reliant.”

While they might share dancers for their respective productions, Graham and Wielingen’s pieces are very different beasts. “I love bringing a big sense to the visuals and a sense of the epic,” he says, “but I think that ReGina’s stripped it down to four dancers moving beautifully in the space.” Their differences are only set to make their works stronger, creating a dynamic and engaging contrast in styles that address the themes in engaging ways. “I think we contrast nicely and balance each other out in terms of the double bill,” Graham says. “We’re completely different voices but it’s nice to see the contrast that we both bring to the company.”

For Graham, presenting contemporary issues through dance can be a powerful way of breaking borders in itself. “It’s universal in the sense that if you’re not working with text and you’re working with movement then any language barriers come down straight away,” he explains. With their arresting, physical take on one of today’s biggest societal concepts, Graham, Wielingen and Fertile Ground are continuing to break all boundaries.