posted on February 15th 2017 in Reflections with 0 Comments 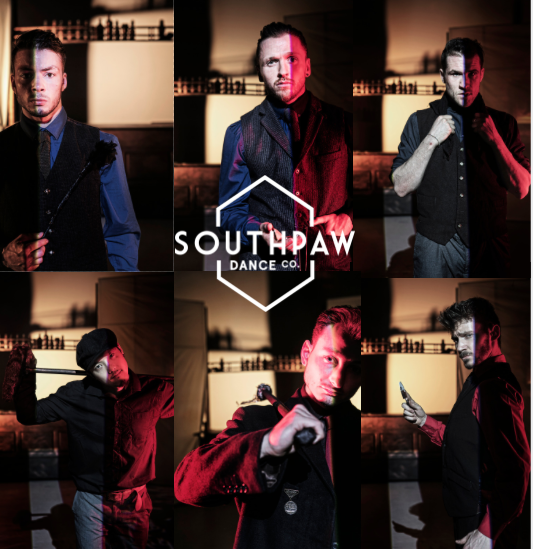 In the first in a series of occasional blogs written by our team and collaborators, I’m posting some thoughts from Catherine Johns about how she came to work with Southpaw.

Or, the Southpaw effect.

Ten minutes into a performance of Faust  at the top of a car park in Sunderland on a freezing cold night, my friend said to me “Oh, I really miss dance!”.

Five minutes into Wordplay, celebrating the opening of The Word in South Shields (on another freezing cold night), I’m acutely aware of all the smiling faces around me in the audience.

Two minutes into Speakeasy (indoors this time at Dance City), another friend turns to me with a huge smile, utterly delighted.

Speakeasy was also my introduction to Southpaw – I love dance, always have, but had never heard of this company. I remember sitting in the audience, no idea what to expect, the house lights went down, the story unfolded and, 50 minutes later, I was, yes, delighted. So a few weeks later, I dropped Robby a note asking if he would like any help with the company’s growth plans, not really expecting anything, certainly not an email the same day saying “sure, let’s chat”. It helped of course that there was a possible commission I was thinking of…

So began a series of coffee shop discussions and as I began to understand more about the company’s artistic development and vision, and the existing team, I started to see how I could help. Work for me has now begun in earnest – crafting a new communications strategy, working on new financial models, the search for a temporary creation space, and bringing in a network of people to help the company create even more new work to delight and inspire people.

And the eight minutes? We’re working with New College Durham on the creation of new marketing materials and we involved the dance students, the design students, the innovation students and the media students. We included a surprise performance by Robby in the central atrium of the College, a short variation of the Nomad solo which is a work in progress. There were about 200 students either sitting and chatting with friends or wandering through on their way somewhere else. They didn’t know who Robby was, where he was from, what he was going to do; few had even seen a contemporary dance performance. At the start, they were chatting, texting, on social media: at the end of the eight minutes they were mesmerised.

And that sums it up – the Southpaw effect.